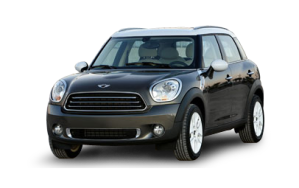 Fastplants, ally-oops, seatbelts…do any of these terms ring a bell?  Maybe for snowboarders they do, because yes, it is that time of year again.  MINI and Burton Snowboards are partnering up another year for the Creative Use of Space initiative- and it’s going to be better than ever!

Snowboarders this year are going to have to think outside the box.  “Progressive old school,” according to MINI Space is what it will take to win these competitions.  This means tricks like fastplants, ally-oops and seatbelts.  It’s not just the tricks themselves either; the competitors must integrate each different aspect of the course in a cohesive manner.  The prizes at the Canadian and New Zealand competitions are $2,500 and the European and US Opens both award $5,000 to both men and women winners.

MINI is not only supporting the snowboarders that compete this year but also the designers who build and shape the mountain’s creative slopes.  MINI will give $5,000 to each mountain park crew that is on the Burton Global Open Series tour stop.  The money will be used to design a terrain inspired by the Creative Use of Space Award.  At the end of the tour, the crew that designed the best slope will win $5,000 in cash.  The overall winners for both men and women will take home a brand new MINI Countryman.

We are excited to see the increased level of competition and creativity that the craftsman and snowboards will bring to the Burton Global Series.  If you’re a snowboarder, strap on your board and head to the slopes!  Keep track of what’s going on in the games at MINI Space.

Local Pennsylvania dealership, MINI of Pittsburgh, is excited to see what the creative minds design.